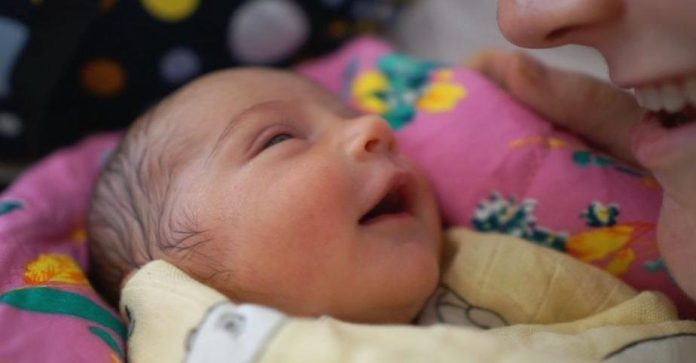 The 22nd week of pregnancy is already a little more than half of the entire period of bearing a child. The baby in the womb is already fully formed, and now it is only improving and preparing for an independent life outside the mother’s body. Remember that the baby began to distinguish sounds at about 12-16 weeks, and by the 22nd he can already respond to the voices of mom and dad. Of course, the first person the baby hears is the mother. Until the child’s auditory canals are formed, he feels the vibration of your voice passing through your entire body, as well as your breathing and heartbeat. In the last trimester, he is already extracting some information from voices and sounds, demonstrating various reactions.

Know that your child accurately hears and distinguishes the voices of people who constantly surround you. He is already well acquainted with the voice of his dad and may even give preference to some kind of voice that is pleasant to him personally. If the voice (or any other sound) is too harsh or loud, the baby may react to it with strong jolts. Scientists have proven that, catching the voices of parents, the child reacts to their intonation and calms down, the rhythm of his heart returns to normal. Therefore, the tone of conversation should be calm, voices should be quiet. 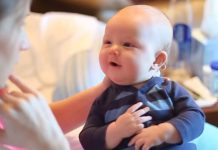 At three months old, the baby is talking… This is a priceless moment. VIDEO 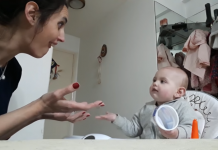 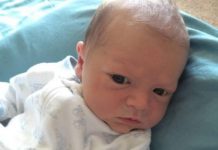