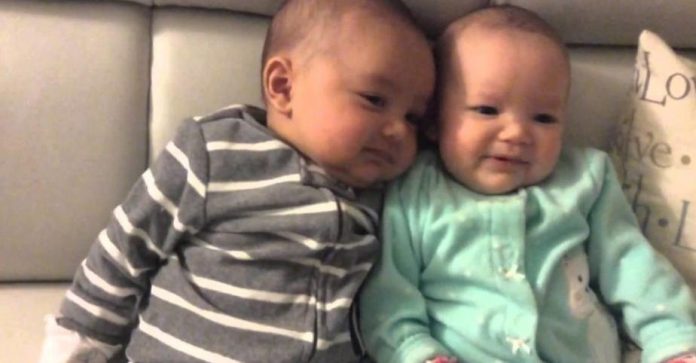 Twins have many differences in language scores, but in general, studies show that twins tend to lag slightly more in language than single children. Male twins are especially vulnerable, often being about 6 months behind even female twins. Speech delays that we often see in twins are: Lateness to the milestones of language development. Saying phrases and sentences with fewer words. Fewer communication attempts.

Some parents of twins notice that their twins seem to communicate in their own unique “twin language” that no one else understands. This happens as a result of one twin developing certain “bizarre” speech patterns that the other twin picks up and imitates. These speech patterns are usually immature and include things like made-up words or expressions that adults cannot understand.

As a result, only the twins can only understand each other, giving the impression that they are speaking a secret language! So while it’s pretty cool to see twins communicating this way, and while twins tend to develop speech patterns that only the other twin can understand, the truth is they don’t actually speak their little “language.”