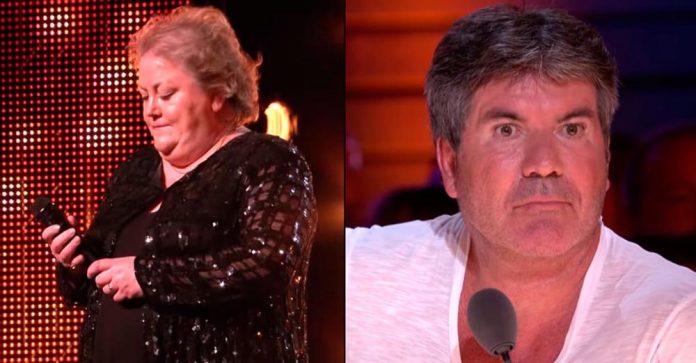 For some reason, people have a bad habit of judging others for how they look instead of who they are. In a 2018 episode of “The X Factor,” the audience thought that one farmer would be a terrible singer because of how she looked.

When she opened her mouth to sing, the judges and the audience members were totally shocked.

Jacqueline Faye is 53 years old and is from Oxfordshire, England. Most of her time is spent caring for livestock with her loving husband. Recently, Jacqueline became famous for her remarkable performance of Cilla Black’s “You’re My World” in 2018.

When she stepped on stage, Jacqueline looked timid and nervous. As soon as she began singing, she surprised everyone. Before she started to sing though, she talked to judges about her life.

She lives on a farm with a bunch of horses, ducks and chickens. She dedicated her song to her husband. As Jacqueline spoke, several of the judges chuckled about her farming background. It turns out that Jacqueline would have the last laugh.

A Farmer Becomes a Legend

While Simon Cowell is known for being critical, he could not find anything bad to say about Jacqueline’s performance. When Jacqueline first walked on the stage, he thought that she had wandered into the wrong show.

As soon as she began to sing, he realized just how great she was. Louis Tomlinson chimed in to say just how amazing her performance was.

Judging by Jacqueline’s performance, she could have an excellent music career if she decides to give up farming.

Jacqueline shows the power of believing in yourself and working toward your dreams. If you want to inspire people around you to go for their dreams, then show them this video.