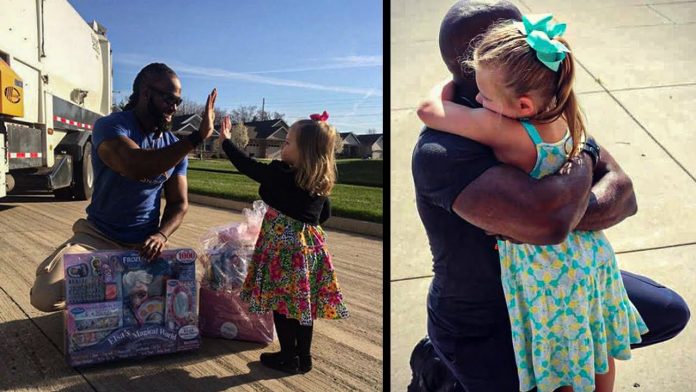 An entirely unexpected thing was recently collected by the garbage man in Bloomington, Illinois: a birthday cupcake from his biggest fan, 3-year-old Brooklyn Andracke.

Brooklyn’s mother posted on the City of Bloomington Facebook page, “Every… Thursday, my heart is full when I see the joy that our fantastic garbage man offers Brooklyn when he honks and waves at her with a BIG smile. And today…” While we waited for him, Brooklyn and I wrapped up one of her birthday cupcakes. She sprinted to the corner when he walked down our street. He stopped, stepped outside, and grinned broadly at us. When Brooklyn handed him the cupcake, she was immediately speechless. I told him that every Thursday he brightens our day and that we really value his honking and waving as well as how special a day it is for us.

Brooklyn’s mother stated, “My heart is filled when I watch the happiness that our fantastic garbage man offers Brooklyn.” 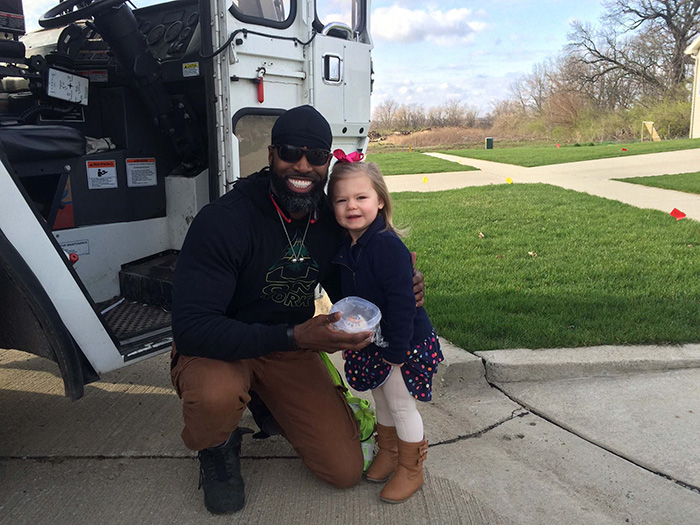 His biggest supporter is Brooklyn. Every Thursday, she awaits his arrival! 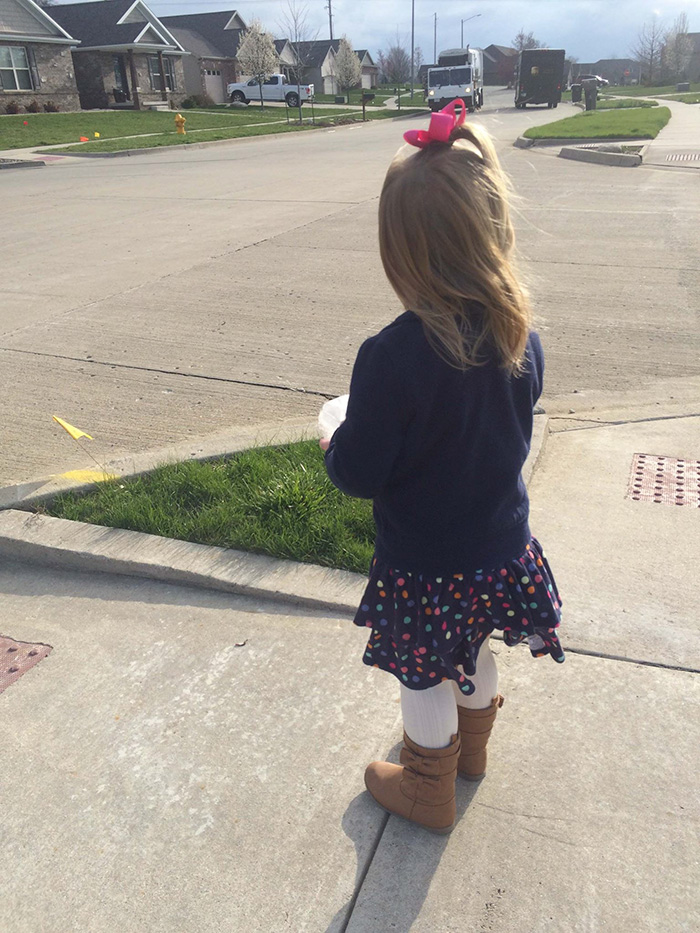 She recently wanted to give him one of her cupcakes because it was her birthday. 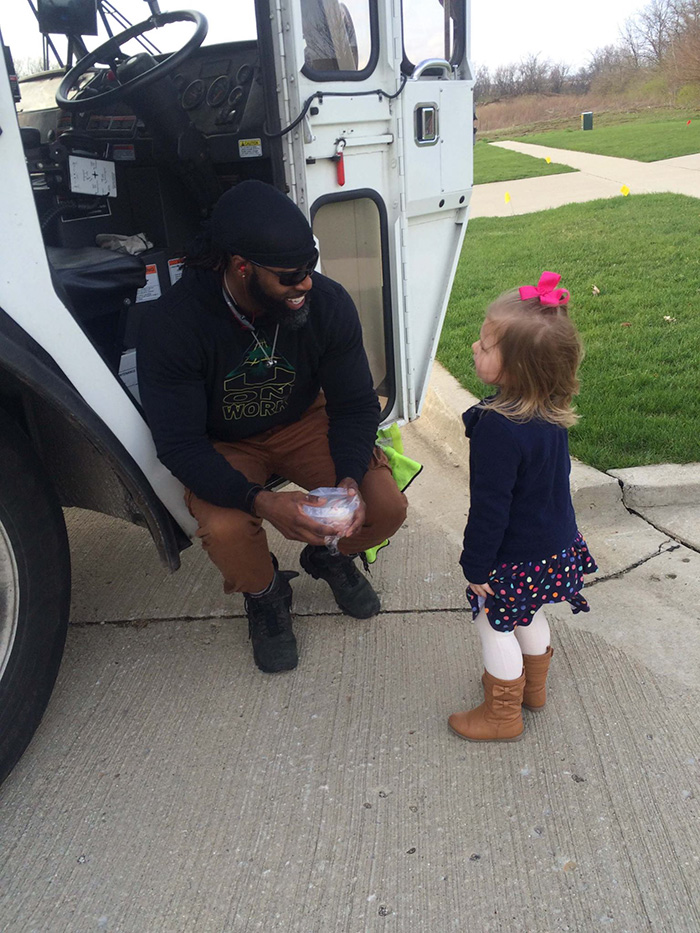 Brooklyn’s mother commented, “I emphasized to him that he makes our day every Thursday.” 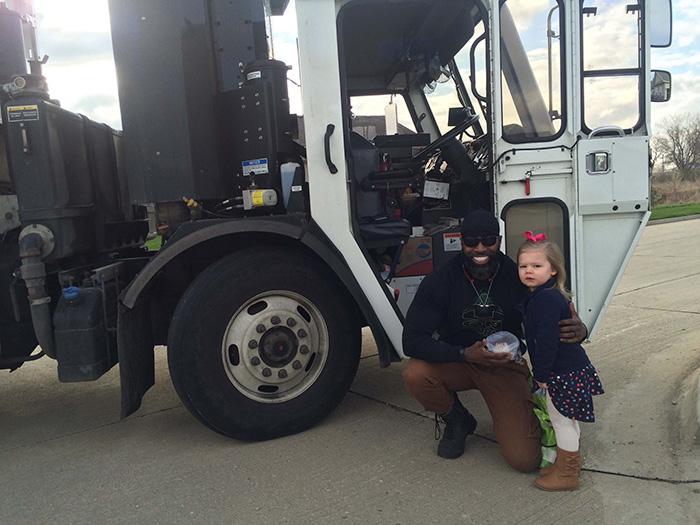 However, the story isn’t ended yet since Brooklyn received another surprise from Delvar the following week! 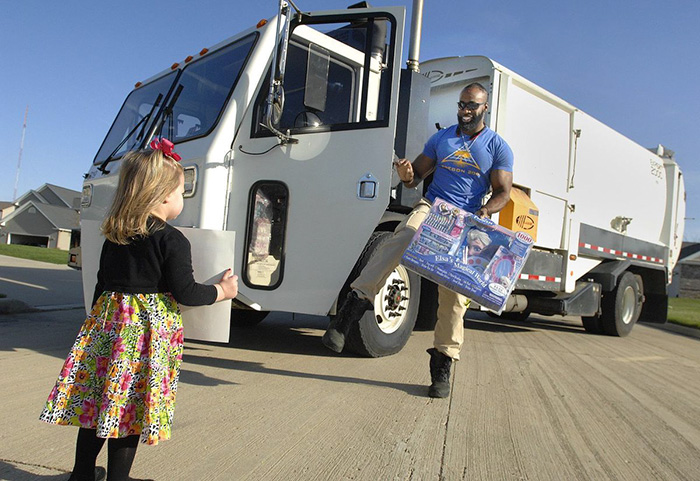 He surprised her with the most incredible, awesome, and kind birthday presents. 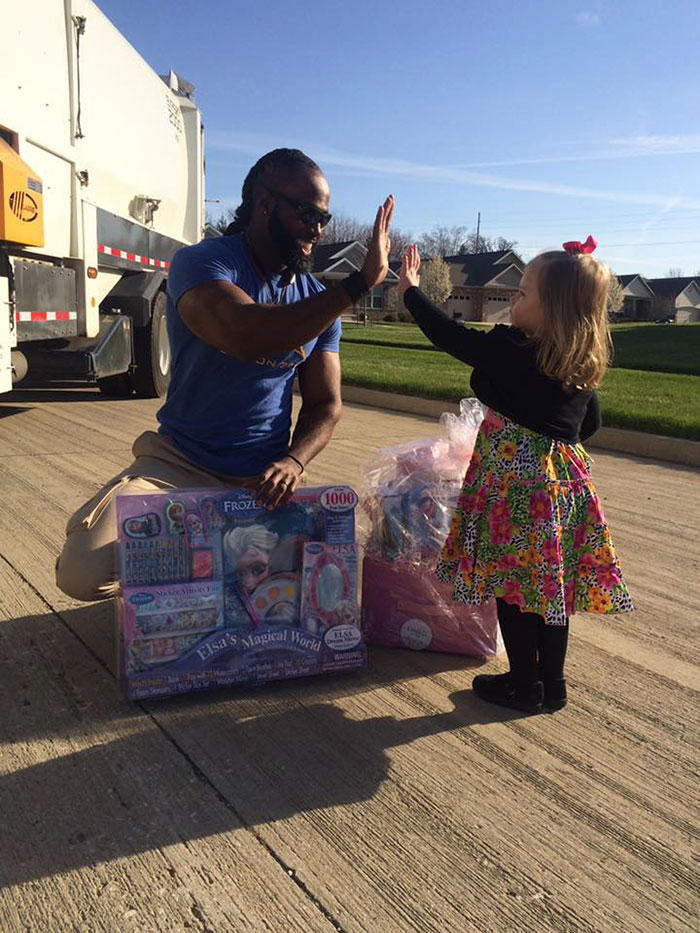 “I have no words to express how his kindness to her has affected my heart. ROCK THURSDAYS! I’m grateful, Delvar”. 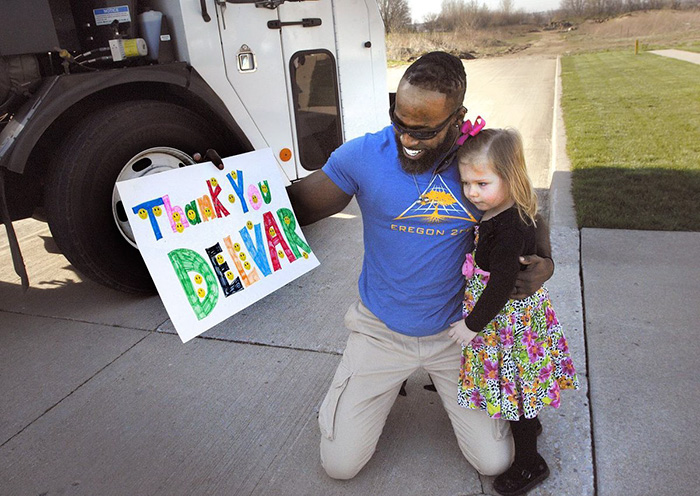