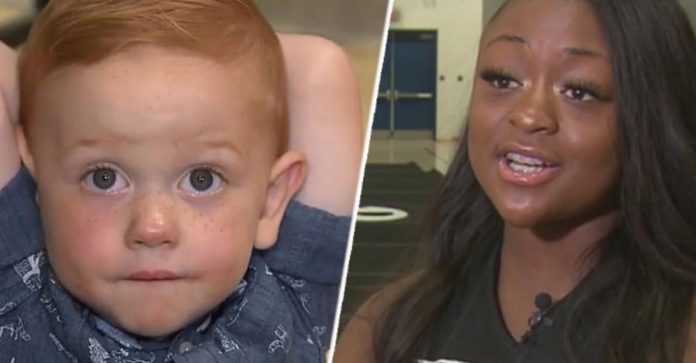 Gone are the days when teenagers are treated as ‘kids.’ They are now more independent and mature for their age. This is why we hear plenty of inspiring stories of teenagers and their acts of kindness. One of them is this teen cheerleader, Tyra Winters.

Winters is a 17-year-old student at Rockwall High School in Texas. She is also a cheerleader. After what she did, she is now a ‘hometown hero.’

Rockwall Highschool recently celebrated homecoming with a festive parade last September 18th. Tyra was on the float together with her cheerleading squad and the football team. During the parade, she heard a woman screaming for help. Chaos broke out in the crowd and it didn’t take long for everyone to know that a child is in trouble. 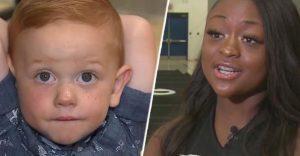 It was Nicole Hornback’s son, Clarke, and he was choking. She said that she was just sitting next to Clarke when it all happened. She shared, “I just happened to look over to him and there was no noise, there was no coughing, there was no breathing.

And at that moment that’s when I tried to give him the Heimlich, and I’ve never taken a class. To feel so useless as a mother was the most terrifying thing in my life. ” During her interview with ABC News, she said, “I just literally was holding him out and just running through the crowd trying to hand him off to anyone”

Tyra scanned the crowd. This is when she saw a 2-year-old boy whose face was all red. It was quickly turning into a scary shade of purple! She said, “I see the kid. I see a little bright red face and his mom’s holding him up, begging for help, screaming, asking ‘someone help me someone help me,’”

During her interview with CNN affiliate, KTVT, her initial thought was to help the child. So without hesitation, Tyra jumped off the float and sprinted through the crowd. She grabbed the child from his terrified mother. Tyra added, “Her kid’s turning purple, so I immediately jumped off the float and I ran down to the kiddo and I said ‘I got him.’”

Tyra help the boy and gave him three strong back thrusts that made him spit up the candy that he was choking on!

Fortunately, Tyra got CPR training when she was in eighth grade because her mom is in the medical field. In fact, she is planning to be a pediatric surgeon soon.

Clarke and his mom visited Tyra’s school to personally thank her for saving the boys’ life. The thankful mother said, “I commend her for being a teenager and being trained. She saved my baby.”

Kids, especially those aged from 1 to 5 are the ones who are prone to choking because they put objects in their mouths. However, small objects can get stuck in their airway and cause choking. When this happens, what should you do?

According to experts, if you can still see the object, try to remove it but don’t poke blindly. If the child is coughing loudly, encourage them to keep on coughing to bring up what they are choking on. If this is not helping and the child is silent or cannot breathe properly, shout for help. If the child is conscious and is not coughing or coughing is not effective, use back blows.

To do this, lay the child face down on your lap or support in a forward-leaning position and give 5 back blows from behind. If this is not successful, give abdominal thrusts to create an artificial cough.

After what happened that day, Nicole and her family are going to get CPR as well as first aid training right away.