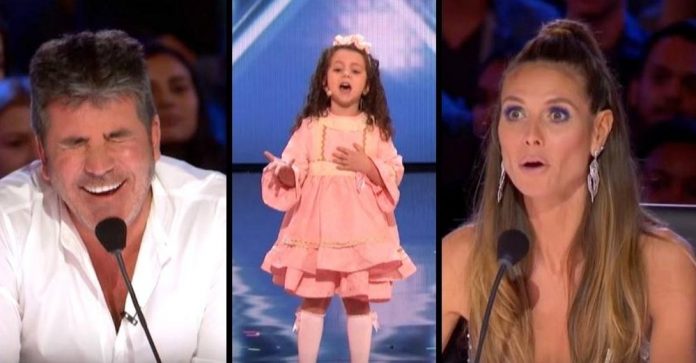 It’s hard for many adults to deal with the pressure of auditioning for a huge show like “America’s Got Talent,” so when a child takes the stage to perform, the judges often fear the worst. That’s why they were so stunned when the 5 year-old girl in this video knocked their socks off!

Sophie Fatu is a 5 year-old girl from Charleston, West Virginia who has been performing her whole life. She appeared on the show “Little Big Shots” when she was 4, and has an active YouTube channel featuring videos of her covering Frank Sinatra, her favorite singer. 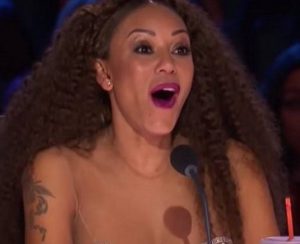 Sophie decided to audition for “America’s Got Talent” after performing “Fly Me to the Moon” on the Ellen DeGeneres Show. When she first walked onstage to audition, the entire crowd oohed and awed about how cute she was. As soon as she starts to sing, Simon Cowell makes a stunned face that shows that even he knows that this girl is the real deal!

All judge Mel B can do is chuckle in disbelief as Sophie performs. She is completely blown away by the girl’s talent!

Sophie’s mother stands backstage with host Tyra Banks while Sophie brings the house down. At one point, Simon directs her like a conductor as she sings, and judge Howie Mandel does something at the end of her performance that is totally hilarious! It’s clear that this little girl has a long career in music ahead of her!

Check out the audition below, and SHARE this story so your friends and family can see this as well!