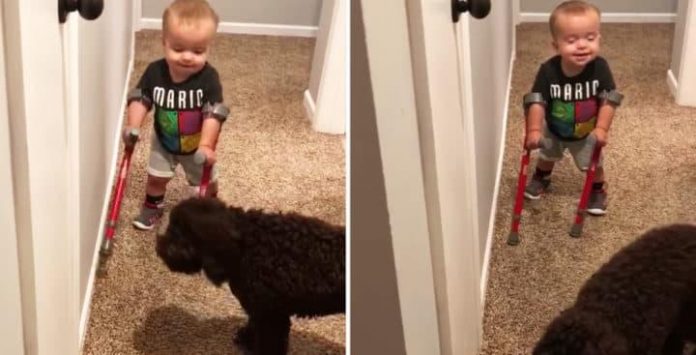 Everyone has struggles in life to overcome, but for some of us, those struggles start at a very early age and prove to be more of a struggle than the average person. Roman Dinkel is one of those people.

He was diagnosed with spina bifida before he was ever born, but that doesn’t keep him from enjoying his life and having a seemingly endless smile on his face. 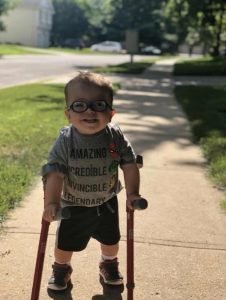 When his parents, Whitney and Adam Dinkel, found out at their 20 week ultrasound that their child would have spina bifida, they were devastated. But unlike 64 percent of parents who find out their child has spina bifida before they are born, these parents didn’t choose to abort the pregnancy. 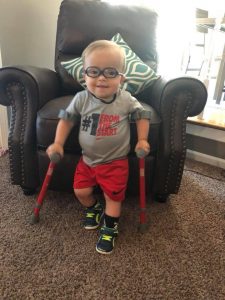 They believe that every child is a gift and they wanted him to have a chance at life. Since his birth, they have documented his life on a Facebook page dedicated to him called Defying Odds: Roman’s Journey.

They have shared pictures and videos of Roman’s life as he grows and love sharing information about his condition and spreading awareness about it. His followers, in return, get to see one of the most beautiful, cheeky faced kids you can imagine growing up.

Spina bifida results when a baby’s spinal cord doesn’t develop properly in the womb, which creates a gap in the spine. Because of this, they often have trouble walking, if they walk at all.

Recently Roman has been learning to toddle about on his forearm crutches. He just recently got his “sticks” as he calls them, and loves walking around with them.

He caught on to using them quickly and was delighted to show of his new skills to his dog, Maggie. His dad recently posted a video to his Facebook page where Roman, grinning from ear to ear, announces his new accomplishment to Maggie.

Check out the amazing video below and be sure to share it with your family and friends. We all love a happy story!