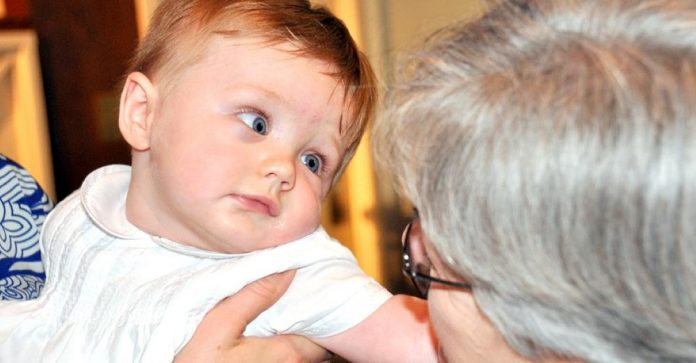 Something that humans have known intuitively for thousands of years is that grandkids need their grandparents in their lives. It pays to lives close to one another, and now, science confirms it as well. A survey from the University of Oxford shows that grandparents significantly contribute to their grandchildren’s well-being when they spend time with them.

It’s a mutually beneficial relationship that everyone involved can appreciate.

For starters, you have numerous health benefits such as increased life expectancies. Then, once you consider how much joy there is in seeing a happy, smiling grandkid hanging out with their grandma and grandpa, it’s a no-brainer. These are 15 undeniable reasons why raising grandkids near their grandparents is so important.

It’s a bit tongue-in-cheek to say it, as we all know that grandparents are so much more than that. However, there is no denying the fact that it’s really convenient when they live close by. Grandparents are individuals that can be trusted to look after the kids when parents are out taking care of other important matters. Plus, they are much cheaper than other childcare options.

A study conducted in Belgium found that adolescents who have regular, positive contact with their grandparents show fewer signs of prejudice and discrimination against older people. Young adults who don’t have these interactions are more likely to develop ageist attitudes. Regular grandparent visits mean that kids learn to view the elderly in a positive light, instead of buying into negative stereotypes.

3. They can serve as a guiding light during rough times.

Grandparents are great at guiding kids in the right direction when things are getting stressful at home. Parents, understandably, have to be the bad guys sometimes when it comes to disciplining their kids. However, grandparents can serve as a safe harbor, allowing kids a calm place to weather the storm.

When grandparents say, “Don’t worry, everything is going to be okay,” it has a real calming effect. Because they are an additional trusted voice, separate from mom and dad, kids might be more open to listening.

4. Grandparents have the right words for every situation.

They are a treasure trove of wisdom and it would be doing the grandkids a big favor if they had regular access to all those riches. Raising grandkids near their grandparents can assure that the grandkids will receive the greatest gift that grandparents have to offer — their knowledge. They’ve been through all of the ups and downs before, so no matter whether it’s a good day or a bad one, they always know exactly what to say.

5. They can be important role models when there is an absentee parent.

For better or worse, many families these days are single-parent households. A grandfather can step in to serve as a male role model in the case that the father of the child is not in the picture, or a grandmother can help support a single dad when the mom is not around.

No grandkid is going to say no to an additional person that loves them playing a bigger role in their life. There is a big pain associated with the loss or absence of a parent and grandparents can really help to fill that gap.

6. Grandkids develop a stronger link to the past.

Having the grandparents close by means that the kids will have a direct window into previous generations. They can go to their grandma and grandpa’s house whenever they want. Not only to hear stories of how things used to be but to see it for themselves as well. There are sure to be all sorts of unique antique items and collectibles scattered around, plus, thousands of pictures showcasing a lifetime of memories.

7. Good listeners are important to have around.

Grandparents are the best listeners of all. A grandma or grandpa is often someone kids are willing to confide in. While kids might not be willing to tell their deepest and darkest secrets to their parents, they feel safe sharing those sorts of things with their grandparents. They can discuss their crazy ideas and thoughts with a trusted adult who can then steer them in the right direction, making sure that they stay on the right course.

8. Depression is reduced in all groups.

9. Grandparents can teach beliefs and values.

In addition to the standard moral guidance from parents, grandparents have an additional set of values to impart. While kids aren’t required to follow in anyone’s footsteps in particular, hearing different perspectives helps to open up their minds to varying world views. The kids begin to understand how different generations may view society and culture through a different lens.

10. They offer an endless amount of love.

A grandparent’s love is something to be cherished and embraced. It is unconditional, and kids can trust that grandparents will be there for them even when things are changing everywhere they look. Their love is the kind that fills us all up with joy and hope for the future.

11. Grandparents are both a form of social support and a safety net.

During the teenage years when life is getting increasingly volatile, grandparents can be a source of reliable stability that makes kids feel secure. Social worker Kimberly Agresta elaborates on that fact during an interview with North Jersey News

“If parents regularly involve grandparents in their child’s life early on, a child can develop real emotional closeness to the grandparent and begin to see the grandparent as a source of strong social support,” explains Agresta. “So a child will feel that they have other adults, aside from their parents, who love and care about them in the same way, and this adds to their sense of stability and security.”

Grandparents who are regularly involved in the lives of their grandkids have a higher chance of being alive five years down the road, evidence shows. The potential increase in life expectancy is not the only benefit either. In addition, another study demonstrates that Grandparents who babysat at least one day per week showed higher cognitive test scores than those who didn’t.

Raising grandkids near their grandparents can make a massive positive difference in everyone’s lives. The twelve reasons on this list clearly prove that.

However, the most important reason of all to live near the grandparents is because we love them so much. They aren’t going to be here forever, so grandkids need to spend as much time with them as they can growing up. If they don’t, they’re going to regret it later!

Check out an additional uplifting grandparent and grandkid photo below.