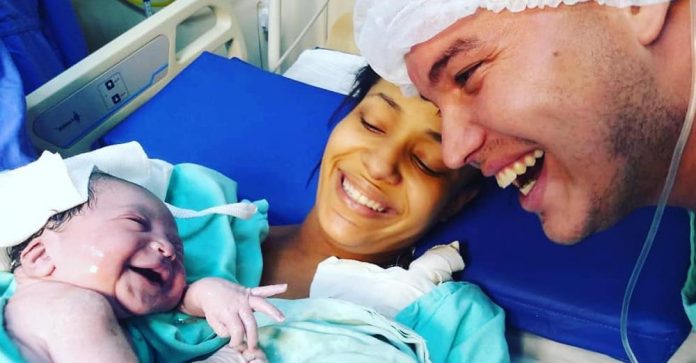 It is said babies don’t know much of anything when they’re born, that they can’t even see that well. But many parents believe their babies at least recognise their mothers’ voices – and this Brazilian baby showed just that.

A baby born in the country’s capital, Rio de Janeiro, started smiling as soon as her dad started speaking to her, GRIPT reports. Little Antonella’s family believes her father, 25-year-old Flávio Dantas, is responsible for the beautiful smile.

“They put her on top of me, sleeping, and as soon as he spoke to her, Antonella opened her eyes and smiled!” said her mother, Tarsila Batista. Tarsila went on to explain the kind of relationship Flávio had with his unborn daughter.

“He always told her he loved her so much. ‘Good morning’ when I went to work, [when I] arrived, ‘Good afternoon’. Said ‘I’d always be there’, kept stroking my belly . . . And amazingly it always seems she started to move at the same time every day.”

Flavio said,“I thought I knew what a feeling of true love was until I looked at that most sincere smile in the world . . . it was [there] that I could be sure what love is.”

He’s a Brazilian naval soldier and Tarsila worked in a kiosk and then as a cook until her daughter was born on 11 August, Father’s Day in Brazil – so perfect!