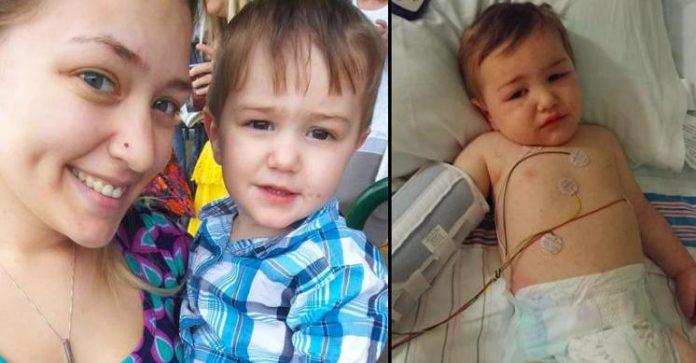 Having found a small tick on the neck of her 2-year-old son Jason after a walk in the park, Kayla Oblisk from Kentucky was not at a loss, but removed the insect in accordance with all the rules. But at the same time, she could not even imagine what a nightmare such an insignificant episode would turn into in just a few days.

It turned out that after an insect bite, Jason contracted a rare and very dangerous disease, fell into a coma and for almost a week was literally on the verge of life and death. One sunny May day, little Jason went for a walk in the park with his dad and grandfather. Playing Indians, the little one ran merrily through the thickets of bushes for two whole hours, rolled on the grass and even tried to climb trees. 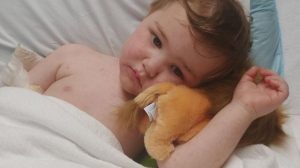 When pleased, but tired and sweaty, Jason came home, Kayla immediately rushed to change his clothes. Taking off the baby’s T-shirt, she found a small tick on his neck. “I had already encountered ticks several times, so I knew what to do. According to Kayla, several days passed as usual – Jason played, walked and felt good. But on the fifth day, the baby suddenly woke up without mood. He was naughty, refused to eat, scattered toys. Unbuttoning his pajamas, Kayla saw some pale pink spots on his body.

“Most likely Jason is allergic to something,” I thought, but still decided to take him to the pediatrician. The doctor examined my boy very carefully, but found nothing serious. Therefore, he advised me to have more rest and prescribed some vitamins, ”recalls the young mother.

“I thought he fell asleep. But the doctors said it was a coma.  Two more days passed and the spots on the child’s body not only did not disappear, but increased in size and darkened. After doing a blood test, the doctors found out that Jason had the so-called Rocky Mountain spotted fever – one of the most dangerous infectious diseases, which are carried by ticks. 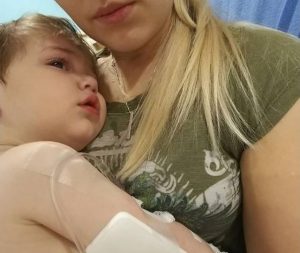 According to Kayla, the doctors themselves were shocked – after all, cases of infection with this disease are extremely rare – only 1 in 20,000. But further research confirmed that Jason had spotted fever.

Fortunately, the efforts of the doctors were not in vain, and on the fifth day the child came to his senses. Of course, in the first days he still could not move, but he talked and even smiled. “While Jason was in a coma, I had to pay $12,500. And we were warned that this was just the beginning. But there is no such money in our family, ”the woman admits.

To raise funds for Jason’s treatment, friends of his parents created a page for him on the popular GoFundMe crowdfunding platform. “The day Jason woke up from his coma will be his second birthday.” Despite financial difficulties, Kayla Oblisk never ceases to thank God for returning her son to her. 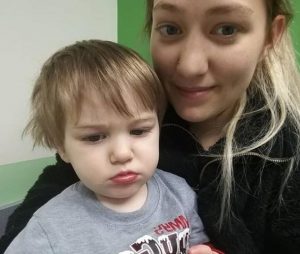