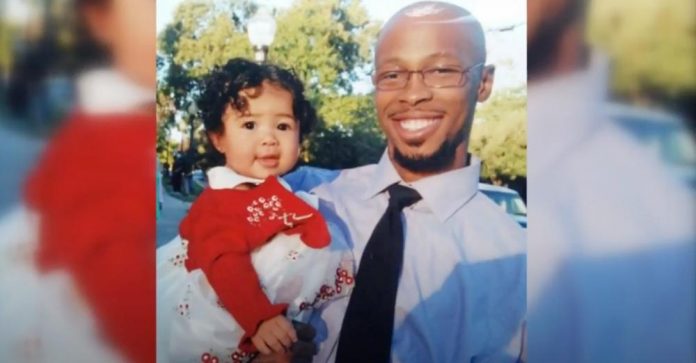 Many people are excited to become new parents, and adoption is often one solution to help people achieve their dreams.

But for one South Carolina man, Chris Emanuel, adoption launched a nightmare.

That’s because Chris Emanuel’s daughter was given up for adoption without his consent and he had to fight to get her back.

Chris Emanuel was falling in love when his girlfriend became pregnant.

When he found out that his girlfriend was pregnant, he was overjoyed to become a father and start a family with the woman he loved. They already had a lot in common, such as working together and playing pool, so he thought having a child was perfect for them.

He describes the moment he found out about the pregnancy by telling ABC News:

“It was in my heart that despite anything, I’m going to be there…I’m going to do what I got to do.”

He was ready to be a dad from day one and even discussed marriage with the mother of his child.

But nothing went as planned, and Chris blames racism.

Once Chris met his girlfriend’s family, everything changed.

Although they had once discussed marriage and doing everything together for their future child, his girlfriend started avoiding him and uninviting him from her doctor’s appointments.

Chris says that his girlfriend’s family disapproved of his being black and that they did not approve of their having a child together.

Chris describes his experience by saying, “Like hearing racism but actually feeling it, it totally different. It’s like being punched in the stomach.” Despite this damaging experience, Chris was still excited to be a part of his daughter’s life.

Chris had no idea his daughter was born.

Chris did not know about the delivery until a week after when a messenger showed up at his door informing him that his daughter had been put up for adoption.

He would never have known this, had it not been for the “responsible father registry” that he signed up for while his daughter’s mother was pregnant.

The adoption paperwork was filed and Emanuel couldn’t do anything to stop his baby from being adopted.

She moved to California while Chris Emanuel launched a bid to gain custody back.

The adoptive family had been lied to, too.

The child’s mother had told the adoptive family that the father was not involved anymore. To Chris, this was a complete lie, given how excited and devoted he was to fatherhood. This discrepancy began a three-month-long courhter-t battle over the custody of Chris’s child.

Chris’s delight at winning his case is best told from his perspective. He says:

“All I could do was break down on my knees, and I cried and I thanked God for bringing my daughter home because all I needed was for her to get in my arms…I felt whole again.”

Father’s often do not win cases like these. It is in part because Chris had already registered in the South Carolina Department of Social Services Responsible Father Registry that he could win custody of his daughter. This registry affirmed his intent to be a part of his child’s life.

After his own happy ending, Chris became determined to channel his pain into helping other fathers.

After reuniting with his daughter, Chris founded Sky Is the Limit Foundation, a nonprofit dedicated to helping other fathers with similar custody conflicts. He now works to educate fathers about states’ Father Registries and other resources to help them empower their own families.

“Fathers should have equal rights to the birth mother when it comes to deciding about adoption. Even with the fairly obscure father registry, the law assumes men aren’t interested in children.”

But through his work, he will change that.

Learn more about Chris’s story in the video below!